Were local broadcasters the most level-headed in the recent Clinton / Trump headline game?

For 20 years I’ve been well positioned and effective in the content and syndication economy with a unique expertise in media monitoring and broadcast intelligence.

I now find myself home for the holidays and like many of my peers, my extended family tends to be confused by exactly what I do day-to-day, and know simply that I “do something with news and the Internet”.   Although I can talk endlessly about content if someone seems interested in the space (I have been accused of talking endlessly about content with someone just because they made eye contact); it’s rare that anyone outside of the industry asks me non-rhetorical questions about “the news” as a concept and seems genuinely interested in my answers…

One statement I’ve found myself repeatedly making while discussing the current state of affairs is that the actual news, the meat of the stories if you read them in full, is still pretty good. Whether this is a CYA maneuver or actual journalistic integrity can be debated, but the fact is that ‘the facts’ do tend to be present for those who consume the entire product.

The headlines (vs the facts) are another beast altogether and in some cases ‘the facts’ seem to be more of a correction on page 2 that actually counter the message in the "feisty" headline… I found myself repeatedly saying that I felt local broadcasters seemed to be the most level-headed headline writers during the election cycle and I set out to gather evidence and see if my hunch was supported.

I elected to focus on a topic and a time-frame, and gather the headlines from a cable news provider (news content only, avoiding editorial or pundit / entertainer segments), a major US newspaper, a major ‘new media’ news destination, and an aggregate of 100 local broadcasters outside of the top 50 DMA’s.

I found that both “Clinton” and “Trump”, when reduced to topics used in headlines, were presented so frequently that using them as the topic for this experiment was a bit overwhelming. I chose instead to cover Donald Trump’s running mate “Mike Pence” as his name, as a trending news topic, was a bit easier to digest manually. I was originally going to focus on Hillary Clinton’s running mate, Tim Kaine, as I felt he was even more obscure, but he unfortunately stayed obscure even during the campaign.  Although Tim Kaine seemed perpetually available for interviews, he didn’t seem to engender much activity in the newsrooms I intended to monitor, and the coverage he did get seemed to focus simply on his existence in a specific place at a specific time.

The following is a small sample of the top headlines in each category of producer:

I was pleasantly surprised to find that all 4 camps have moved away from the “Viral Nova” method of headline writing (You have seen these strategically penned hooks before; imagine something like:

“Mike Pence was OK with the theory of Gravity until THIS happened!”

(often complete with image of a moist octopus tentacle wrapped around a flux capacitor or some other image that’s humanly impossible-not-to-notice). 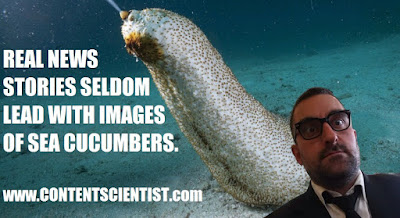 I discovered another trend accidentally, one that I will cover in a separate piece regarding “Fake News vs the Far-Fetched”, in which some topics continued to get attention from trusted sources after they were already resolved or at least skeptically investigated by one or more of the newly empowered social-fact checkers…

Even if I were to be lost at sea tomorrow, this topic will be a hot one in 2017 so get the popcorn ready.

Disclaimer: I have dedicated substantial energy to evangelizing the idea of, and building products to facilitate a method of, owned-content sharing and curation between sister stations in a group to create high-quality and commercially valuable news products. By encouraging aggregation to create digital packages of national interest like 'politics' as outlined here, a possibility exists for me to benefit professionally from an increased enthusiasm in the strategy. 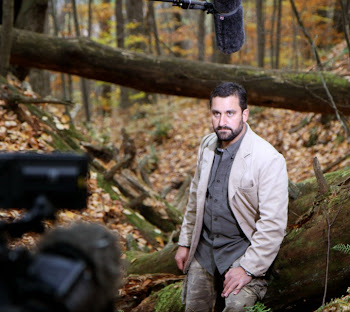